I side with those who’d shut down the Tar Sands and turn Fort McMurray into a ghost town. I loathe the cynicism, myopia and selfishness that drive the oil industry. In the eyes of those whose plastic yachts fill berths in the British Columbia waters I call home and that they care little about, we are fools ripe to be duped. 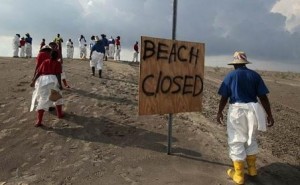 Consider the advertising we’re forced to put up with. Television spots composed of ‘Supernatural, British Columbia’ tourism out-takes populated by doomed Sockeye, Orca and Heron. The leader of the Oil Sands pact, Enbridge, has even put a face on the pitch for more pitch. Janet Holder has come back from Toronto to her suddenly beloved BC to share with her new neighbours the wonderful prospect of a pipeline in the backyard. Janet has all the right stuff when it comes to commandeering a corner office at Enbridge. She’s a woman with degrees behind her name, a cancer survivour and she can lift three times her weight.  As far as most of us out here are concerned, she’ll have to. About the only thing Janet can be faulted for is a poor career decision.

The oil industry’s high bar, aside from expanding the definition of greed, is to ‘not make things worse’  as they enjoy their self-indulgent time on a planet may not outlive them.

In the other corner, Elon Musk and crew envision the hasty death of the old order through science that promises to leave the fossils in peace forever. We can at least hope that Elon’s forward thinking will enable us to escape the dying planet the oil barons offer as their legacy.

Where success in the oil industry amounts to little more than an MBA and selfishness in combination with fortunate timing, guys like James Cameron are using their wealth and challenging their minds to preserve and benefit the human race.

Musk and Cameron probe the depths and target the stars while the oil ogres scratch the surface with manicured fingernails.

The oil industry displays an imagination that doesn’t extend far beyond visions of indoor tennis courts and a black F-350 for jobs the Bentley can’t handle. Elon already has folk lined up to occupy Mars and planets beyond. Many of them, not surprisingly, are young and from Alberta.

But all of this has little to do with the real issue.

Pro or con Big Oil, we all live inside a model of aspiration that is at best questionable and on second thought simply wrong. To some degree at least, we buy the biggest lie of all. That the measure of our meaning is money.

In the face of this, there’s a lot of good news, and most of it comes from the young, who have more vested interest in seeing the planet survive. It is better advice than ever to not trust anyone over 30. Where the oil guard is defined by secrecy and cynicism, youth embraces open-source and optimism. The condescending bores of the Shark Tank are set to be eaten alive by brighter minds and bigger ambitions given momentum by Kickstarter and Indiegogo.

Perhaps there is hope after oil after all.

Posted In: Blog, This Just In!
Tagged In: bc, british columbia, enbridge, gateway, northern, oil, pipelines